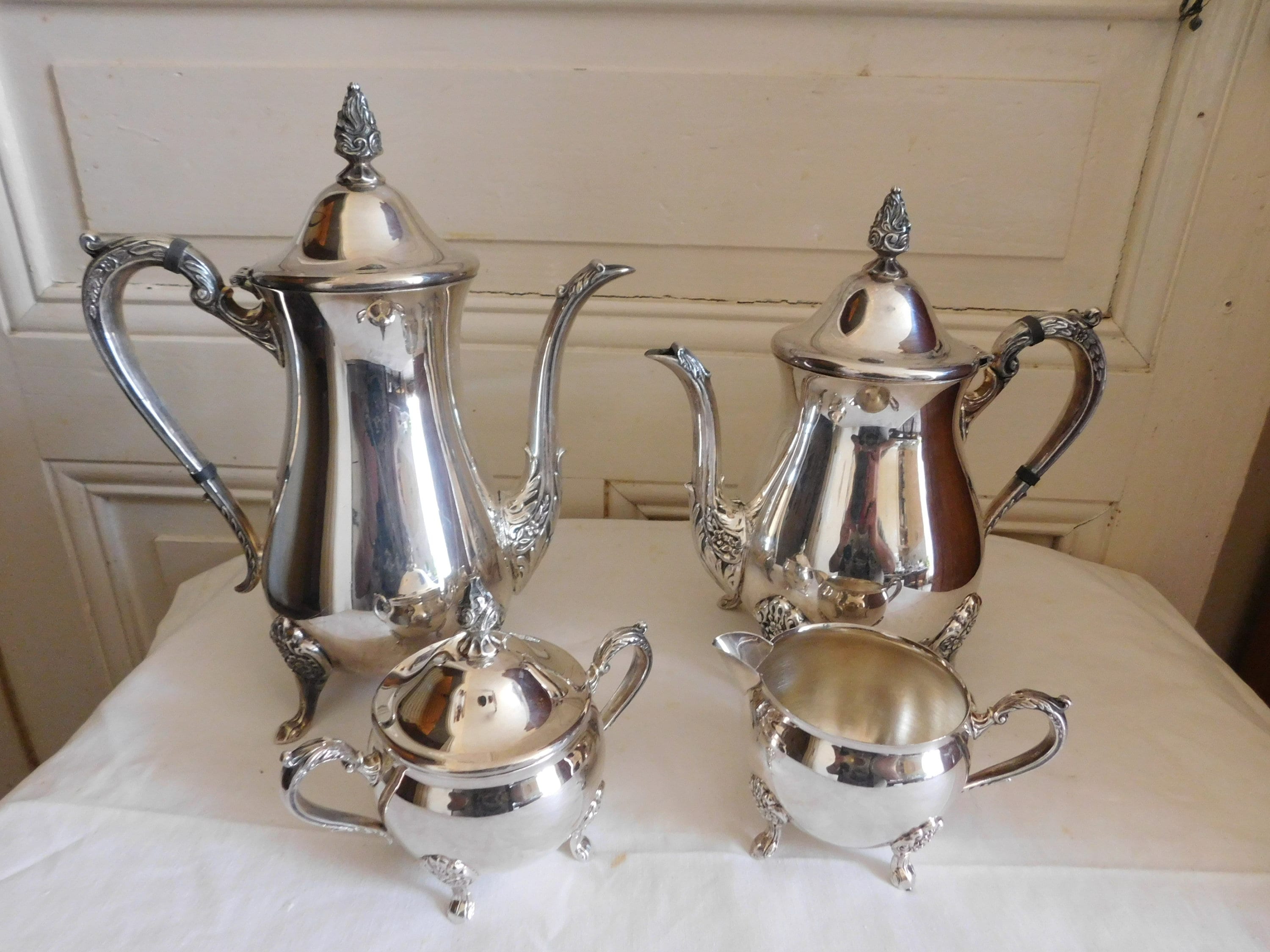 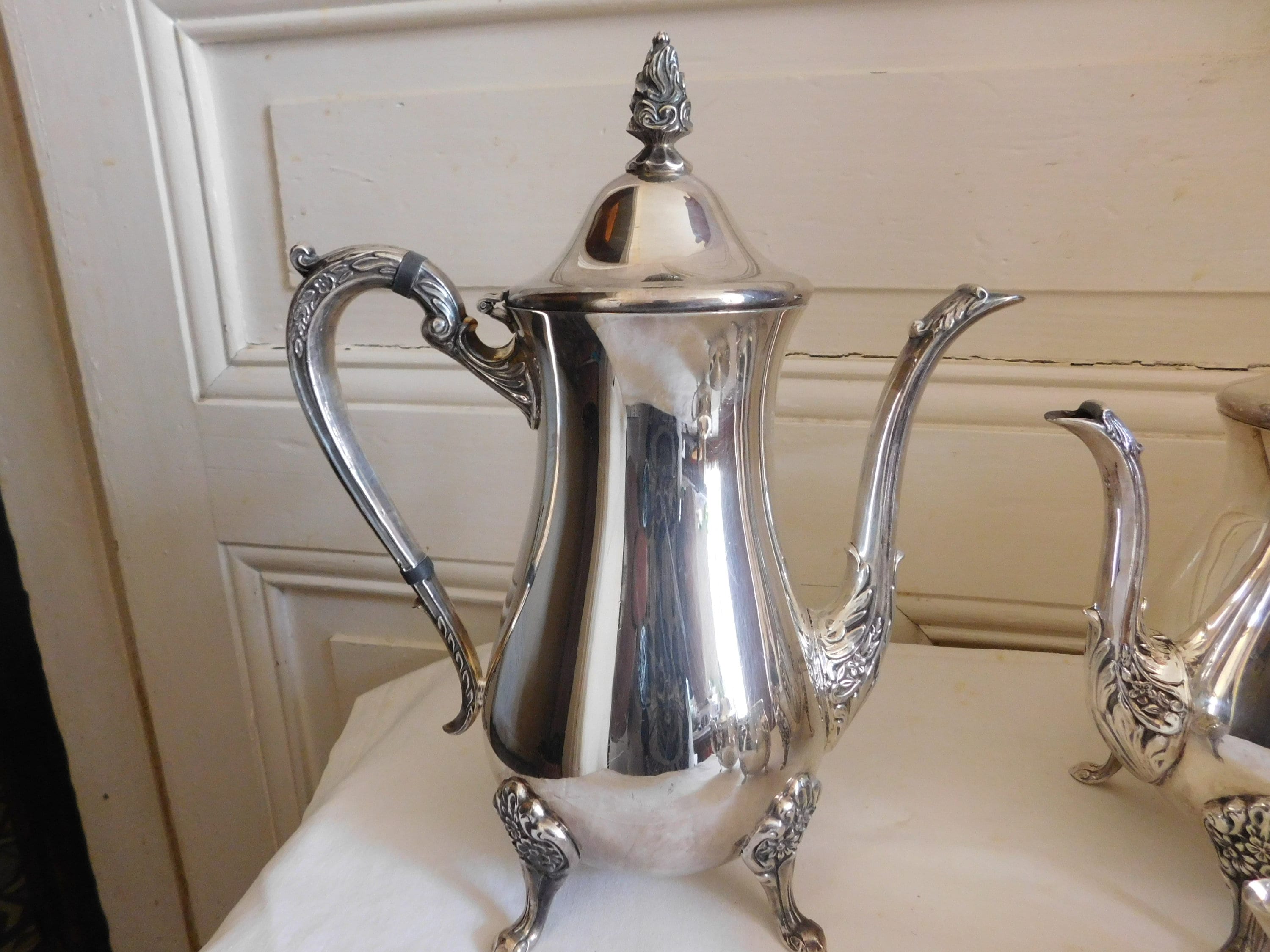 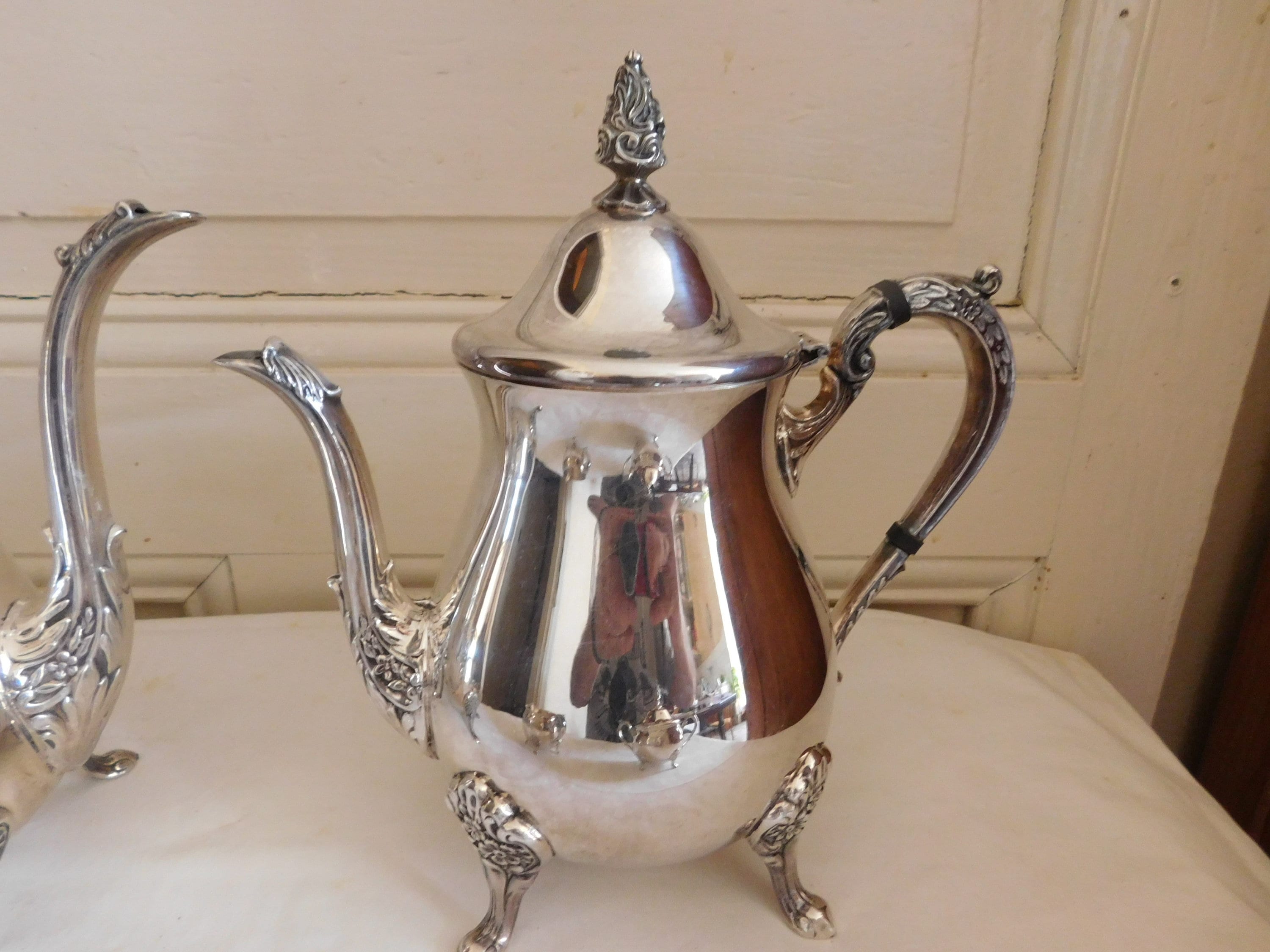 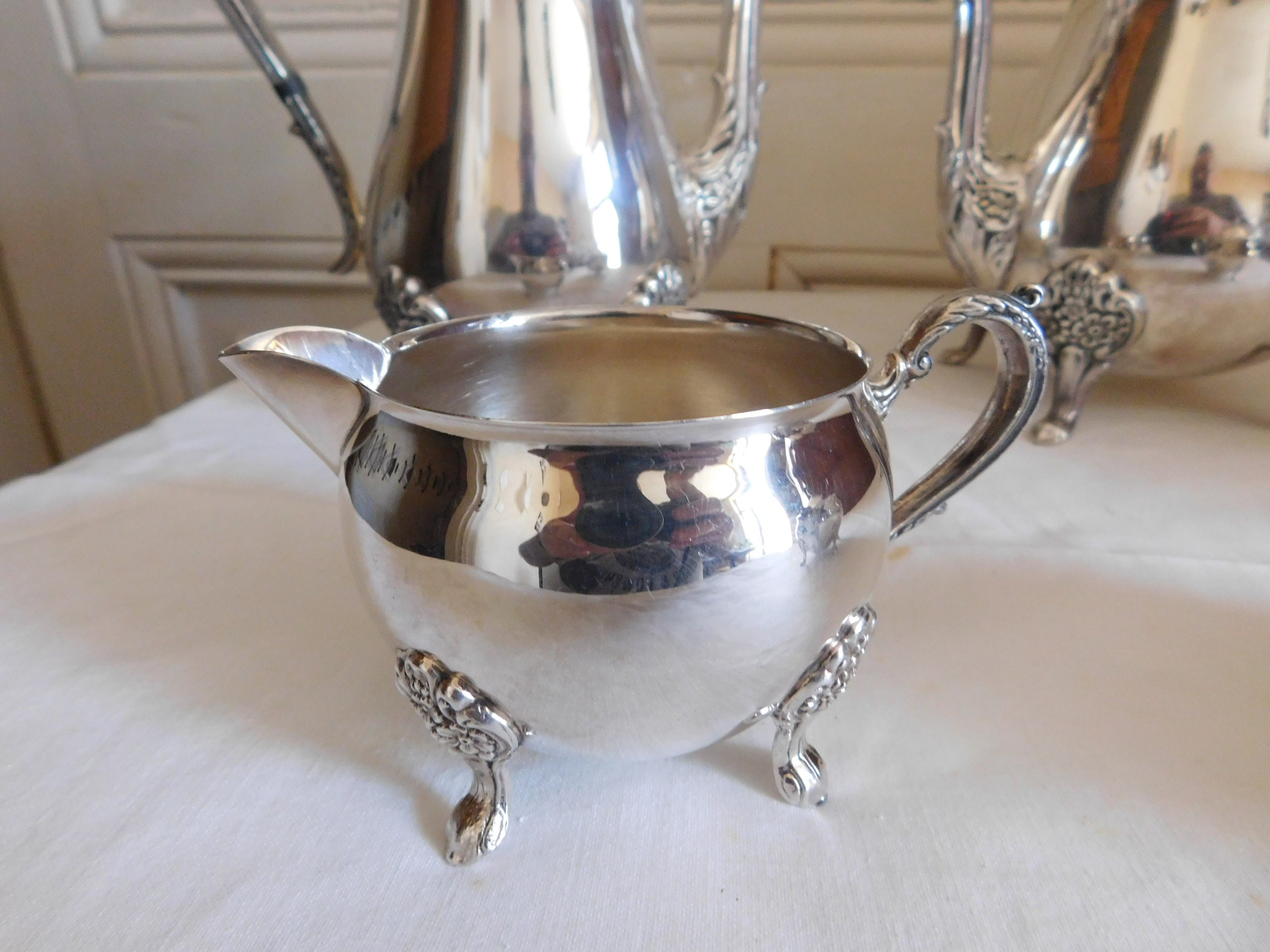 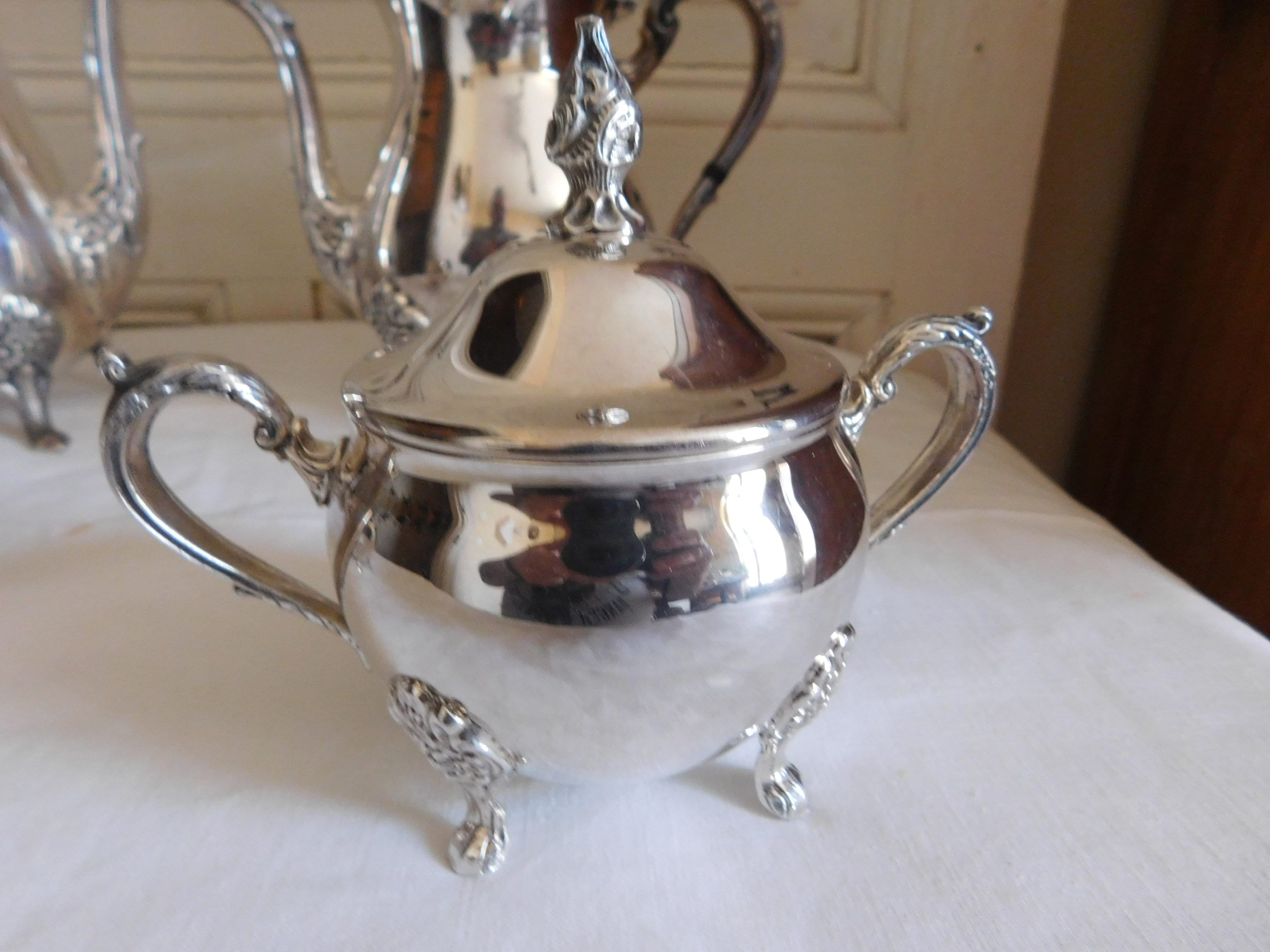 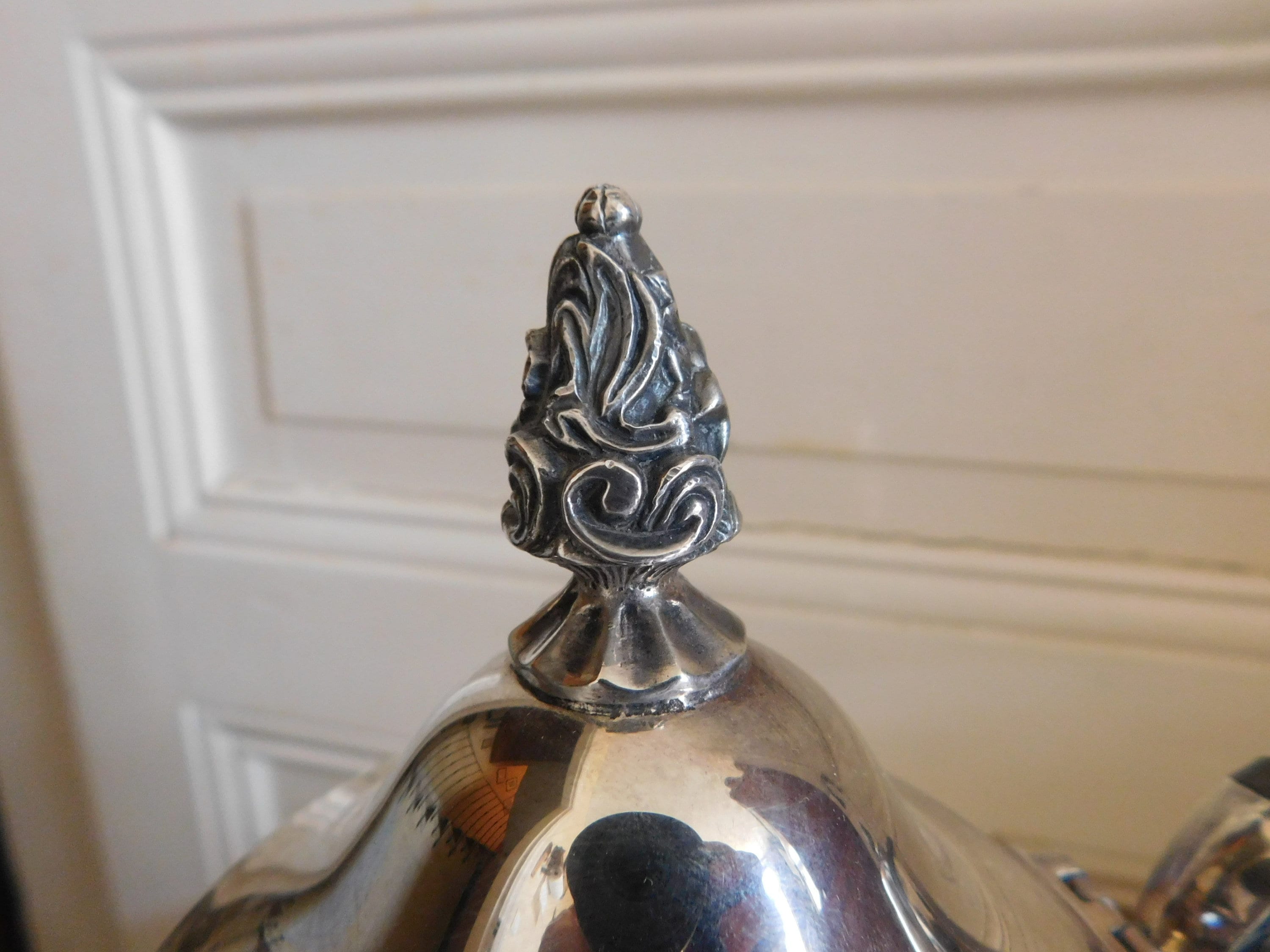 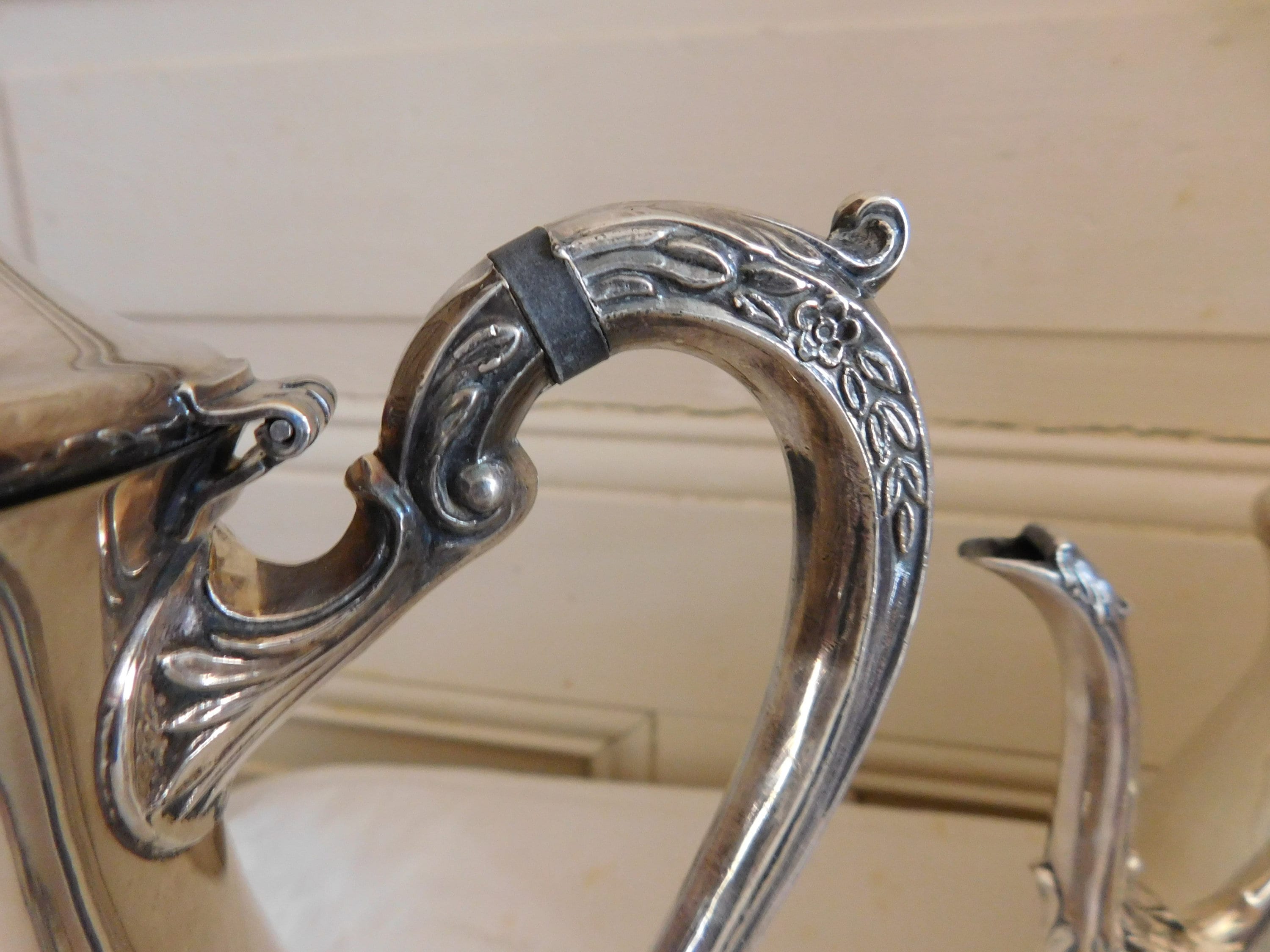 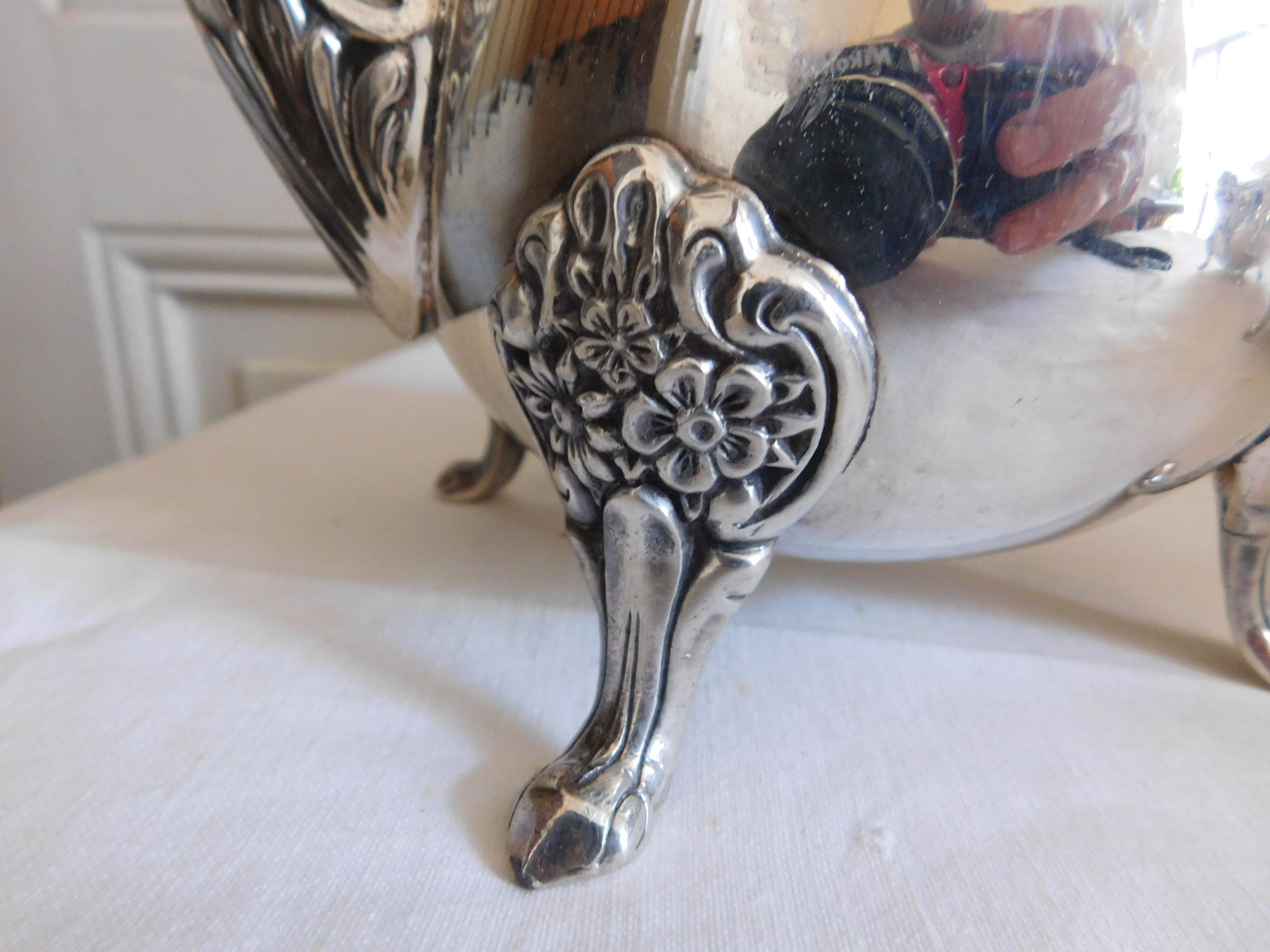 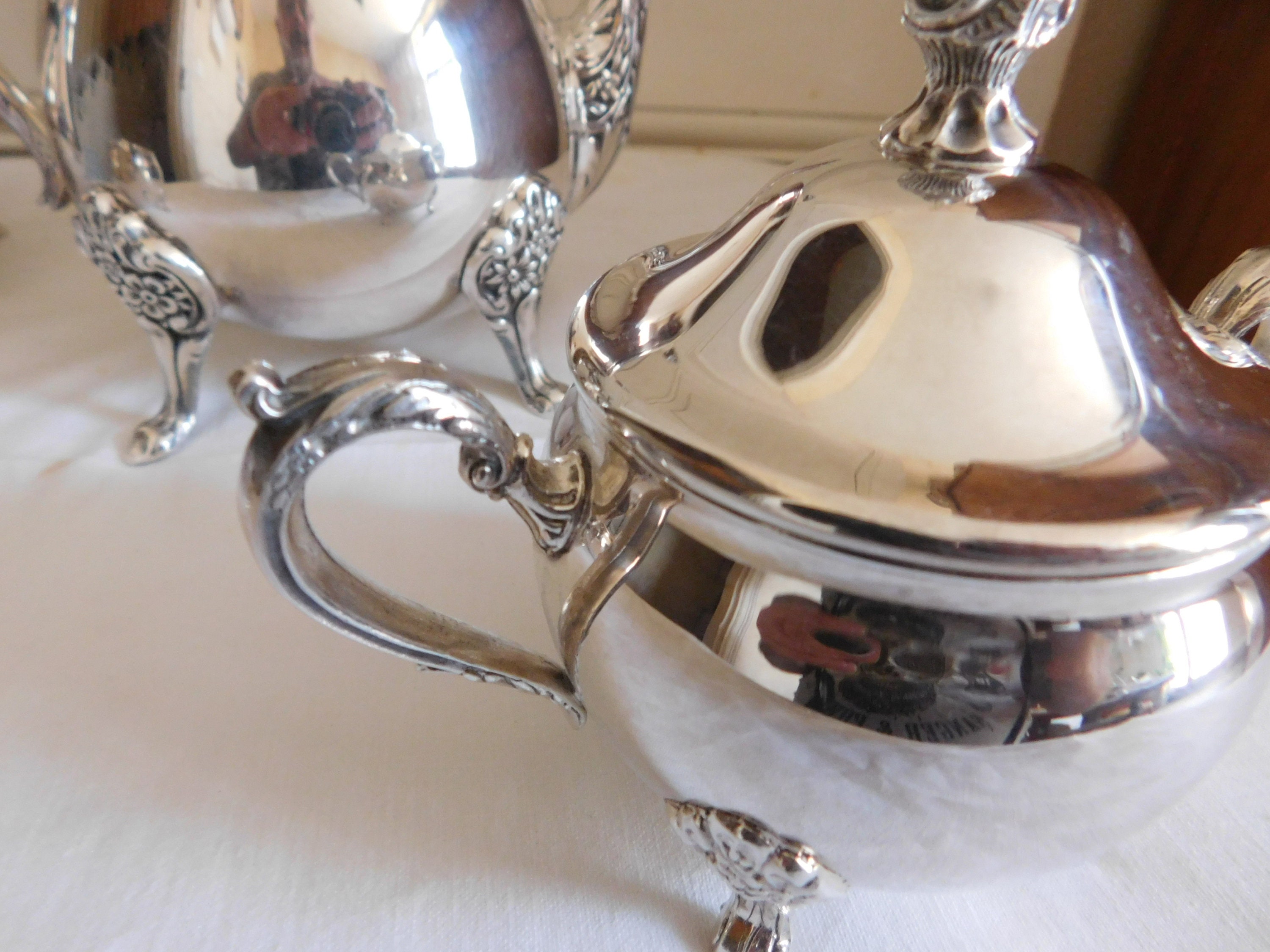 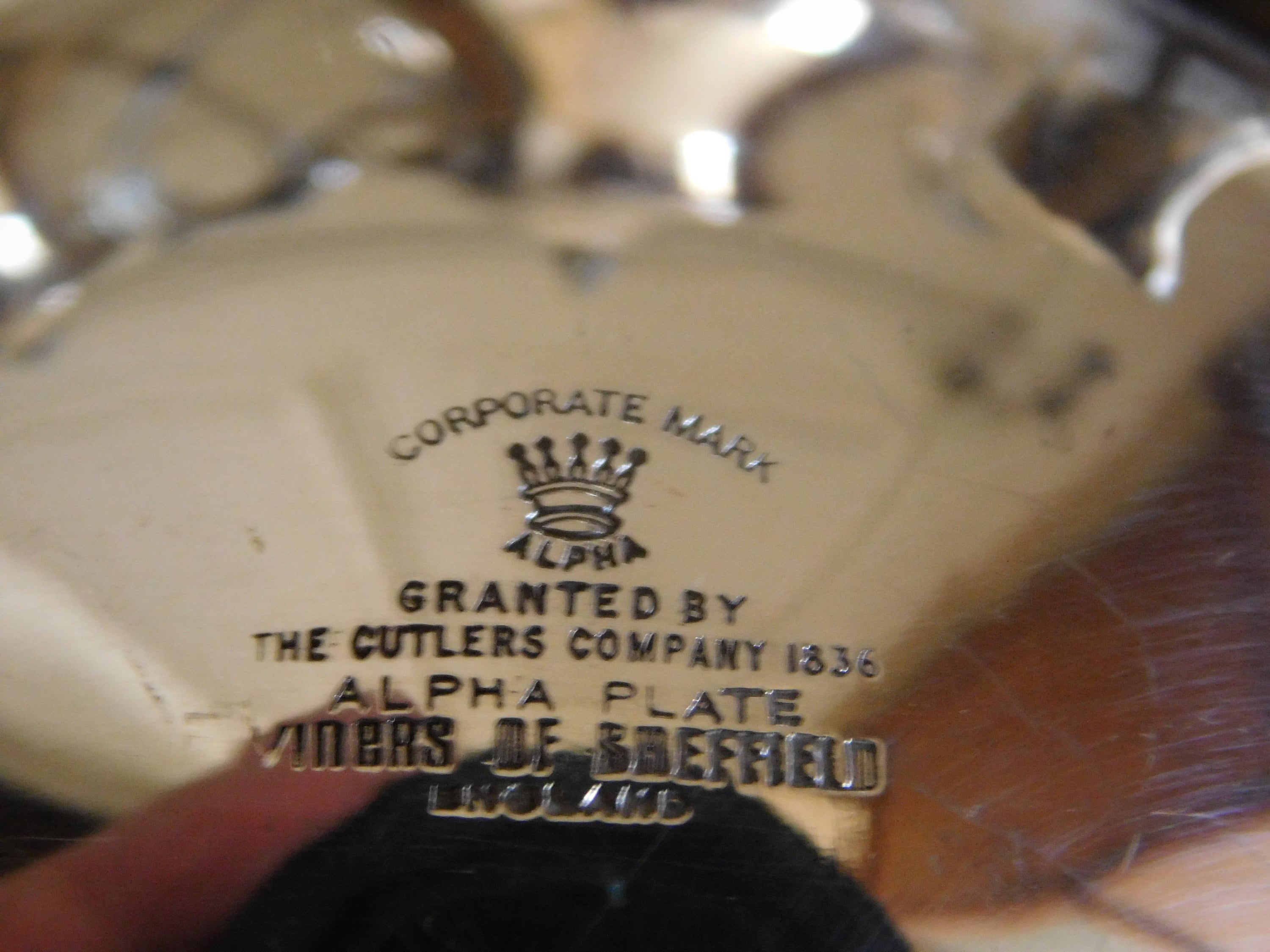 beautiful tea set English silver metal coffee by the silversmith Alpha Viners of Sheffield consisting of a coffee maker, teapot, creamer and sugar bowl covered décor leafy rinceaux and small flowers
hallmark Alpha England (see photos) except under the sugar bowl made in England between 1925 and 1970
second-hand object in good shiny condition
coffee maker 1137 gr /hr 26.5cm
teapot 1028 gr/ hr 23 cm
Sugar bowl 247 gr/ hr 11.5 cm
creamer 165 gr/ hr 7 cm
Total weight 2577 gr
more photos here
https://jpegbay.fr/gallery/008235259-.html#1
The company was founded around 1901 by Adolphe Viener and his sons. Viners bought two former Sheffield cutlery companies: Thomas Turner and Harrison Bro. And Howson. Other factories were located in Hong Kong and Japan. Its production is distributed in the United States by Raimond Silver Mfg. Co Inc. One of the sons, Ruben Viner, became the driving force and the company prospered in the 1960s with a modern factory in Sheffield and subsidiaries in Ireland, France and Australia. But as the company grew, imports from the Far East began pouring into the UK from the mid-1970s. They started importing cutlery to finish and stamp "Made in Sheffield", but loans for expansion crippled the business and they went bankrupt in 1985. The brand is now owned by Oneida, the world's largest cutlery company, based in the United States.
From 1925, the company used the ALPHA brand (purchased by Harrison Brothers & Howson) as a source silvercollection.it
take a good look at the photos that are an integral part of the description
standard delivery is a free delivery that is done in worldwide relay
Returns accepted only in the European Union

But please contact me if you have any problems with your order.